Featuring nine of the planet’s best futsal clubs from five continents, the tournament is the world’s biggest futsal club competition, similar to the FIFA Club World Cup for football.

The World Intercontinental Futsal Cup Thailand 2019 will be the 19th showing of the competition, which launched in 1997. The annual tournament is organised under the auspices of the Fédération Internationale de Football Association (FIFA) and returns to Thailand after it was first held in the Kingdom in 2018.

Futsal is a variant of five-a-side football with an emphasis is on improvisation, creativity and technique. The high profile Championship will be broadcast live in Thailand – details currently being finalised. 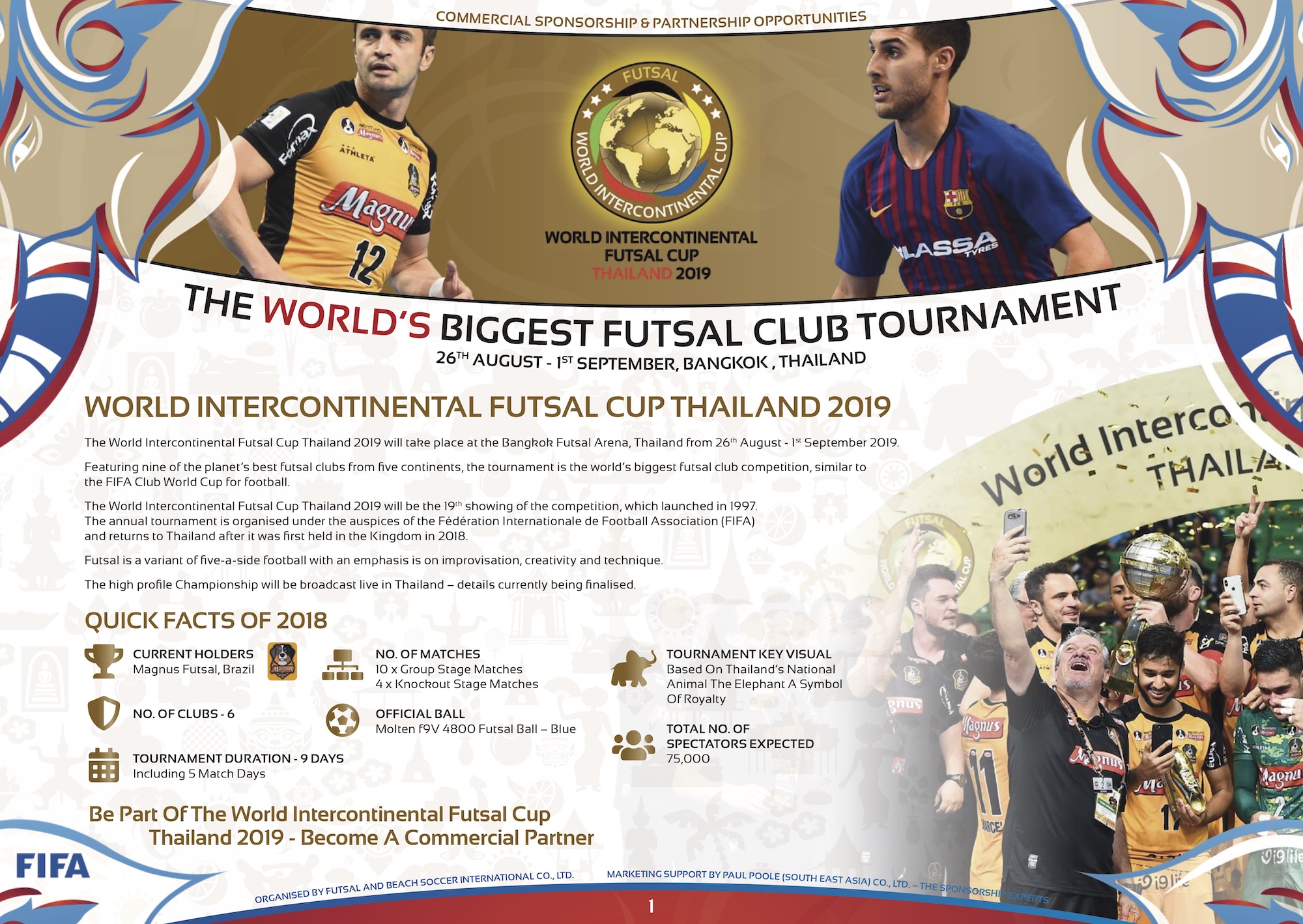 Established in 2000, Purple Tangerine is a leading independent global team of marketing specialists.